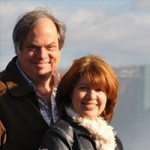 Mark and his wife Emilia reside in West Hills and have six children along with eight grandchildren. Throughout the years Mark and Emilia have always understood the importance of giving back to the community. Mark founded a youth soccer program, AYSO Region 795, in Chatsworth and also serves on the LAPD Topanga PAL Youth Board. Emilia also serves on the Board of the Salvation Army in Canoga Park.

Mark and Emilia own and operate SoccerOne which supplies soccer equipment and supplies to leagues, coaches, referee’s and players. There are two warehouse locations in Canoga Park and Valencia.

Together they want to make a difference for the families, community groups and businesses who share as their home the communities of Canoga Park and West Hills.

Mark Vetter currently works for the Canoga Park mainstay company Rocketdyne, now part of the Aerojet family. Rocketdyne is a world leader in the liquid propulsion business. Its long distinguished history dates back to the development of the Redstone rocket that launched the first U.S. satellite and manned orbits of the earth. In 1969, the company’s powerful F-1 and J-2 engines boosted Apollo 11 to the moon, and the Space Shuttle Main Engines. Today Rocketdyne supplies the Delta II and IV booster engines and the electrical power systems aboard the International Space Station, along with other advanced products such as a new Solar Plant under construction in Nevada capable of storing and generating electricity at night.

Mark Vetter grew up in Canoga Park and West Hills and is a long time member and supporter of this Chamber. Using his experience as an Eagle Scout, Mark recently joined the board of the Topanga Police Station Community Youth Program.

A resident of the Canoga Park and Winnetka areas since 1985 Philip is a big believer in “community.” Serving as a member on the Chamber Board, a volunteer organization, for years, Philip is committed to helping the communities of Canoga Park and West Hills areas become a destination for both residents and people outside our immediate area.

Philip is an Investment Adviser Representative with Primerica Advisors and is always there to help you with your financial needs in the areas of investing, insurance and debt elimination. He operates his business with a strong code of professional expertise and ethics.

Michael Hattar is the general manager/proprietor at Hometown buffet in Canoga Park. He now resides in West Hills but before he lived in the small town of Amman, Jordan. He moved to Los Angeles in 1978 and has been living here for 38 years. He enjoys working and volunteering in his small community and his hobbies include golfing and spending time with his wonderful wife and two daughters. 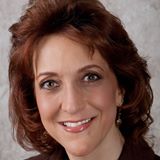 Janet Crisman has moved in to the retail business. She opened TCG Apparel in September of 2011 located on Sherman Way the heart of Historic Canoga Park. The store caters to the unique with clothes for all ages. Her prior background was ten years as a medical/dental claims processor and eight years of medical billing and collections. For eight years I have been building relationships with my Mary Kay business, I am now looking forward to building new relationships through the Chamber.

Leo is originally from Chicago. Raised and schooled in Los Angeles, he was a Network Planning Engineer for Verizon (Formerly General Telephone) for 39 years before he retired. He lives in West Hills with his wife Marcia. They have two children and five grandchildren.

Leo is an active member of the community, he is Director of the Telephone Pioneers Association, a member in good standing of the Canoga Park Elks Lodge, a volunteer for the LAPD Topanga Station, a Board Member of the Chamber and on the side, when he has time, is a professional photographer.

He is very optimistic about the vision and plans that the Board is unfolding for 2014.

Babette has worked in the hospitality industry for the past 30 years and enjoys the high energy pace that it requires. She is also a professor at California State University Northridge (CSUN) and has partnered with the Hilton to bring internship programs to the hotel to develop future talent.

Babette has been on the board of directors for the Canoga Park / West Hills Chamber for the past several years and is an active volunteer for many local organizations. She resides in the valley with her husband Gary.

Bobbi, is the owner of Ce’s Bookkeeping, and is a very active member of many volunteer organizations in the community. Bobbi’s accomplishments include her 14-year involvement in the Big Sisters of L.A. She is involved with the West Hills Optimist Club, Treasure for the West Hills Neighborhood Council and is member of the Canoga Park Neighborhood Council. She is the President of the Canoga Park Community Center Board. All this in addtion to being involved with many community events, The Canoga Park Memorial Day Parade, West Hills Fall Fest, Dia de Los Muertos and the Valley Village Showtime Luncheon. 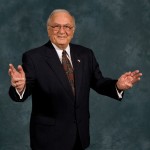 Harvey J. Eisenstadt is a sales professional with more than 50 years of successful sales, sales management and consulting experience. As a nationally recognized authority on sales, management and relationship building Harvey’s experience includes regional, national and senior sales management. He is committed to mentoring and training salespeople using the wisdom gained from his successful career. From his own experience his programs provide the tools and knowledge that empower salespeople and management executives to grow professionally and successfully. A critical segment of his programs focuses on building and strengthening relationships and the direct effect this has on closing more sales. His recently released book “Step Up To Sales Success” is a compilation of 95 of the hundreds of articles he has written on sales and sales management. Harvey brings to the Board the experience, over the past 40 years, of having served on many national, state and local boards of both industry and community associations. 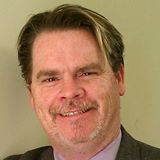 Michael Rinke, his wife Hanon and two daughters live in West Hills. Michael joined the chamber as a means to be part of his community. He has been a member since 2010.

Michael has 13 years experience in the voluntary benefits industry. He holds the position of District Sales Coordinator for Aflac, a Fortune 500 company.

Friends of the Chamber